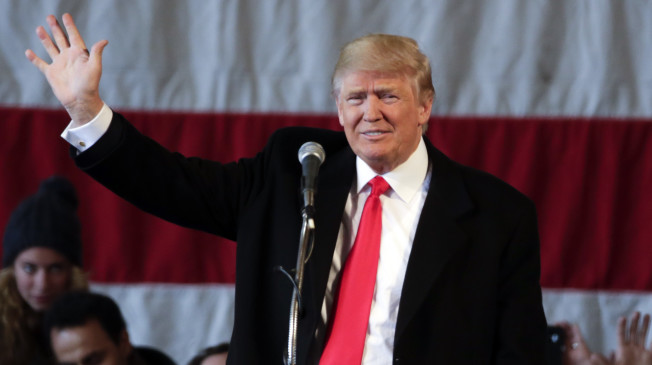 Political pundits and the likes had a bit of a surprise (some shock)  when voters turned up and voted Donald Trump in to be their 45th president of the United States. But that’s not the only interesting part. It seems the people and the market (wall street) had different opinions.

When it was eminent that Trump was going to take the presidency spot, the stock market decides it is a good time to make some changes as well and dropped like it was hot, both Nasdaq and S&P 500 futures dropped to the maximum down possible and trading restraints had to kick in to stop it from dropping any further.  The Dow futures dropped to the tune of 813. And that’s not the only market activity seen to be moving like a dance to the rhythm style. FTSE 100 tumbled as well about 5 percent, the MSCI Asia Pacific index dropped to 2.9 percent, the Mexican peso dropped 12 percent reaching not only just another day low, but an all-time record low. But wait, there’s more!  The odds of a Federal Reserve rate hike in December which was considered to be a sure thing by the experts, well that changed course and dropped by 50 percent.

On Tuesday, 2016, people of America took to the polls and reality was set clear as day. Hillary Clinton was doing great on the polls and was on as favorites for many. But like a classical underdog boxing fight, Donald Trump came out of nowhere and beat Hilary Clinton by a major victory crossing the 270 electoral vote threshold at 2.31 a.m. ET. And as expected, there are “reactions” from many corners, sectors, etc., you name it.

The LA Times headlines “Trump victory sparks angry protests across California: Not my president.” So clearly some California’s aren’t happy about the results as demonstration has started already in the early hours of Wednesday morning on streets and college campuses.

German defense minister was quoted by The Washington Post saying Trumps win was a “severe shock”. And the trending keyword on Twitter in Germany was “shock” and “nightmare”.

China also had an opinion in the matter and according to China’s state wide run news agency Xinhua, the election is probably the most divisive and scandalous election in American history and many voters are calling it the game of money, power and influence.

Mexico professor Benitez Manuat at Mexico’s National Autonomous University said that Mexico will have a hard time having good relations with Trump.

But there were more victories as well on the election day. Not only are Trump supporters and allies alike feeling the high of the win, the three states that will also be feeling a high but not attributed to Trumps win are California, Nevada and Massachusetts as marijuana recreational usage passed measures to be legalized.