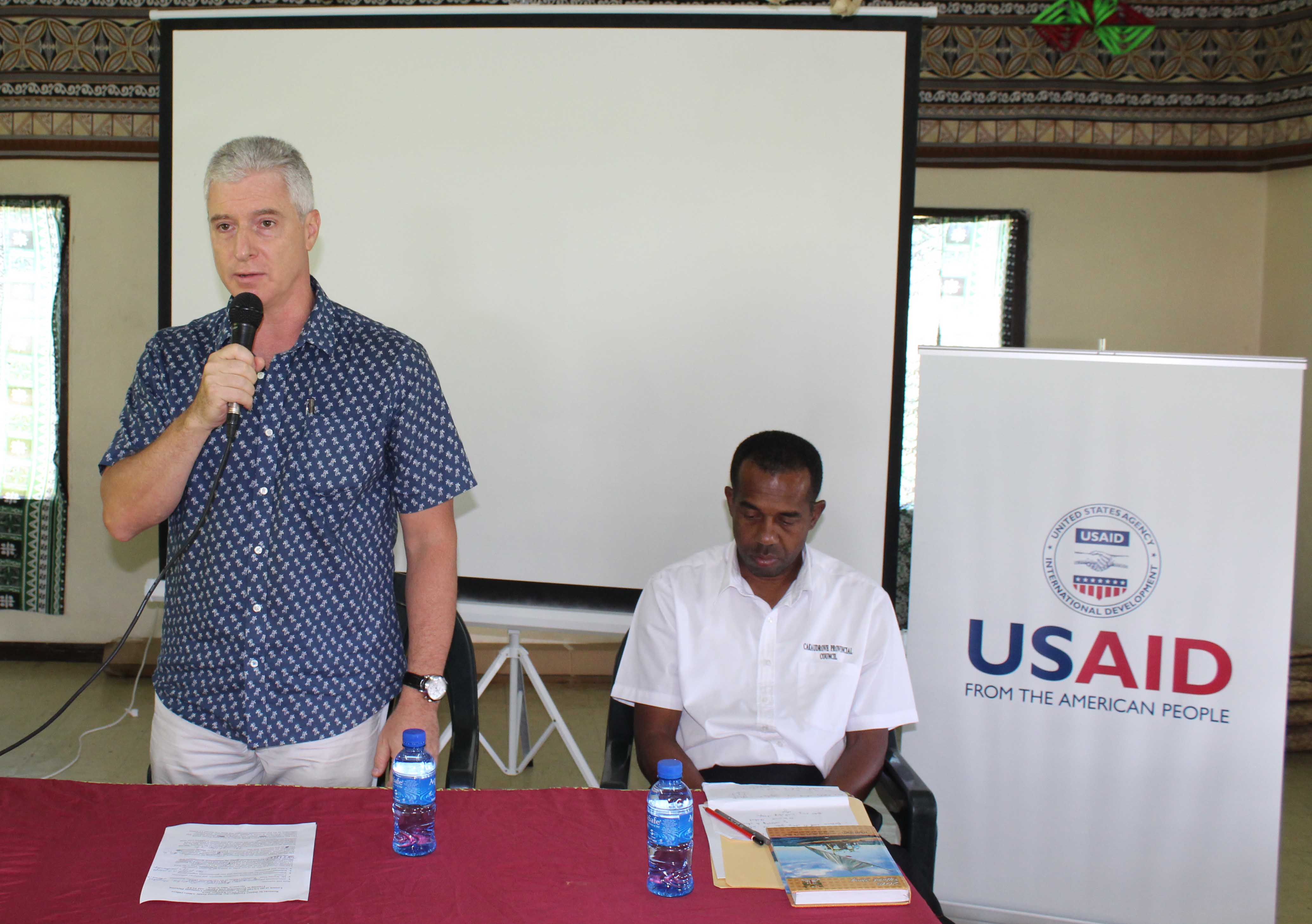 Savusavu, Fiji – The United States government, in partnership with the Fiji Business Disaster Resilience Council and the Fiji Commerce and Employers Federation today launched a training program that will help businesses in Savusavu better prepare for natural disasters.  The training is part of the United States Agency for International Development’s (USAID) Ready project, which is strengthening the environmental and disaster resilience of Pacific Island countries.

Around 31 participants, including 17 women – drawing from small- and medium-sized local businesses — participated in the one-day training which informed participants about the importance of on business continuity planning, the role of first responders, and recovery after disasters.  They also learned about government services and disaster management plans.  These measures not only help businesses better prepare for disasters, but also position them to effectively contribute to recovery efforts.

The training was officially launched by U.S Embassy’s Regional Public Affairs Officer, Mr. Dimitri Tarakhovsky.  In his opening remarks Mr. Tarakhovsky said that resilient development requires everyone across all sectors of the economy to work together to adapt existing infrastructure and social systems to ensure that we are ready to manage the challenges ahead. “The U.S. government is pleased to work with Pacific governments, the private sector, and civil society to address their most pressing development needs. One key component of USAID’s Climate Ready project is increasing Pacific Island countries’ capacity to better prepare and respond to future climate-related disasters”, he added.

Assessments undertaken by the Fiji Government after Tropical cyclone Winston estimated that there was around 1.5 billion Fijian dollars in private sector damage and losses during this event and a total personal income loss of over 351.45 million Fijian dollars due to the loss of days of work. Mr. Tarahovsky further added that the skills covered in this training will be critical for small and medium enterprises to disaster proof their businesses against future disasters. The Savusavu training is the third in a series of Business Continuity Planning trainings. Similar trainings were held in Labasa and Suva earlier in the year. The training follows the earlier programs held in Labasa in November 2017 and Suva in January 2018, which supported small- and medium-sized enterprises to develop their own business continuity plans.